Yesterday while on the phone with my mother, she offered a simple insight: “Maybe running has taken too high a place in your heart.”

I had been crying, upset with my 3rd botched marathon attempt, and I was wondering what it was that wouldn’t let me successfully race a marathon. I have now completed 3 marathons, none of which have been either enjoyable or an actual demonstration of my abilities. Saturday’s race was no different. I went in, knowing full well that my original goal time was not possible, but I had hoped to still enjoy it, and run a fairly decent race.

Instead, it left me heartbroken and defeated.

I’ve shared with you my struggles of the past couple of months, but I truly hoped that Saturday’s race would good for me. The boost I needed. It wasn’t.

Everything went smoothly race morning. I was feeling good, excited and nervous, but good. I left, having eaten, and brought snack and coffee with me on the drive. The race started at 7am, and It would take about and hour and a half to get there. I got there just in time to drop my bag off at the gear check and go to the bathroom before the race started. Everything was fine, and I was feeling good – happy.

When the gun went off, I started slow and easy, maybe a 9:30-9:40 ish pace. Which was around what a lot of my training runs had been. It didn’t take long before I started feeling like I couldn’t breath and my heat was pounding. Not from exertion, but from panic. That should have clued me in right there.

I felt ok until about the 9 mile mark and then realized that I was already tired. That’s when I really started to panic. How on earth was I going to run 17 more miles, when I already felt tired?!

By the halfway point, I was done. The course wound back to the start/finish line, and the half marathon runners kept running straight, while the marathon runners turned onto a parallel path. It was so demoralizing to want to be done, watch a large chunk of runners finish their race, and realize you  are only half way through.

That’s when I saw my family. Thank the Lord for them, because I stopped and took a break, giving my kids kisses and getting a pump up speech from my husband.

But by mile 15, I was ready to quit. I have never DNFed a race. EVER. I didn’t even care if I would finished or not. that’s how terrible and hopeless I felt. I was already walking; I even sat on the curb, totally defeated. After several phone calls to my husband, my sister and my father, I kept walking, fighting the urge to quit the entire time.

Somewhere around mile 19-20, I rallied. Began running at a super slow pace, and finished in about 5 hours. I felt as bad about that as if I had just given up and quit.

I have been racking my brain trying to figure out what my problem is. Every marathon I have finished has been a disaster. I can’t seem to pull together a race that demonstrates all the time I spent training and my actual fitness level. I can bust out a sub 2-hour half, but I can’t break 5 hours in the marathon.

Is it my fueling?

Was it the heat?

Was I too burned out?

Am I mentally weak?

I don’t know what it is. My guess is it a combination of everything, but especially the mental aspect. I’ve never considered myself to be mentally weak, but I wonder if I have put to much emphasis and investment into my running. 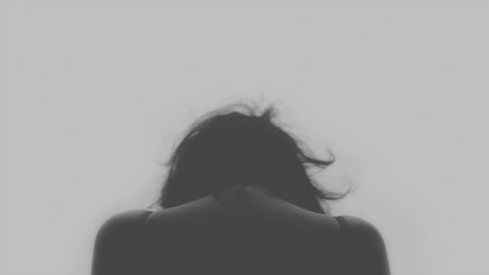 Has Running Become Number One in My Heart?

This is where my mom’s question stopped me and got me thinking. Maybe she’s right. Maybe my running has nothing to do with my mental weakness, and everything to do with my spiritual weakness. Perhaps I’ve spent too much time devoted to my runs, and not enough time devoted to my Savior. It is possible that I’ve allowed running to become number one in my heart, and in order to draw me back, the Lord is using the very thing I love to discipline and bring me back to him.

Because it doesn’t matter what it is, the second we allow something else to rule in our hearts, we commit idolatry. The wonderful news is, not only only has God forgiven that sin, but he will gently bring you back even if the lesson is heartbreaking.

My next step is to take a little break from running, maybe try some other workouts and exercises. I will return to running, but I need to refocus my heart and my priorities first.

When I do run again, I think I’m going to step away from the marathon for awhile. I’ll try some shorter distances to build some confidence and bring some joy back, because right now, I have too much self-doubt and devastation.

I’ll still be here, encouraging you and sharing my experiences.

8 thoughts on “When Running Breaks Your Heart”